Whew! This little boy is adorable and full of life, which makes for a difficult target to catch on camera. But, I am so excited about the photos we ended up getting on a chilly night in Mears Park in St. Paul. Aleisha and Josh, Sam’s parents, said that they play at this park almost every weekend. Sam likes to hop along the rocks along the creek and has never fallen in… until right before this photo session. 🙂 I show up, and his shoes and socks were sopping wet, along with the bottom of his jeans. So, the entire time, Sam was running around the park with barefeet. I couldn’t believe he would just jump from rock to rock with no problems at all! Aleisha had planned to have them all in their converse shoes, but got this instead. 😉 Pictures still turned out great, though! 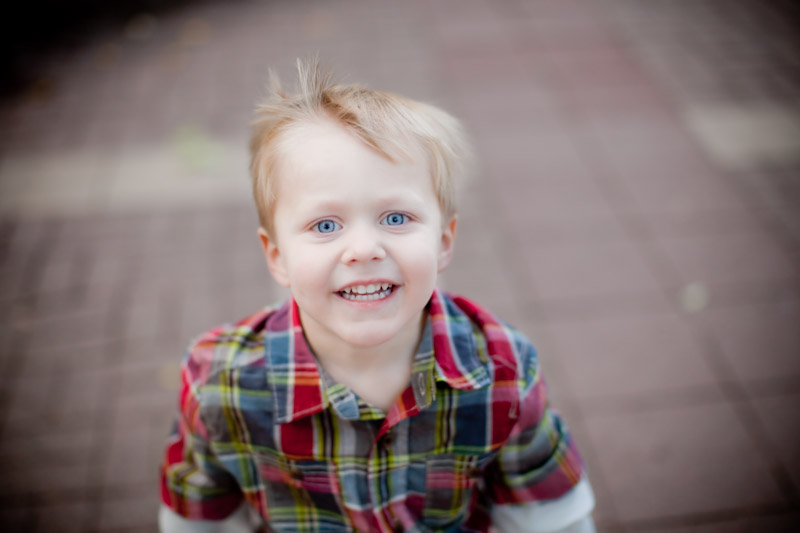 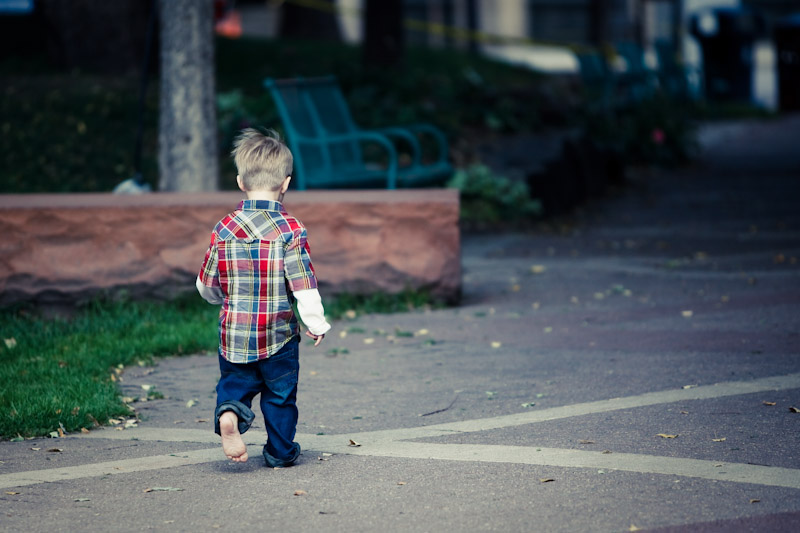 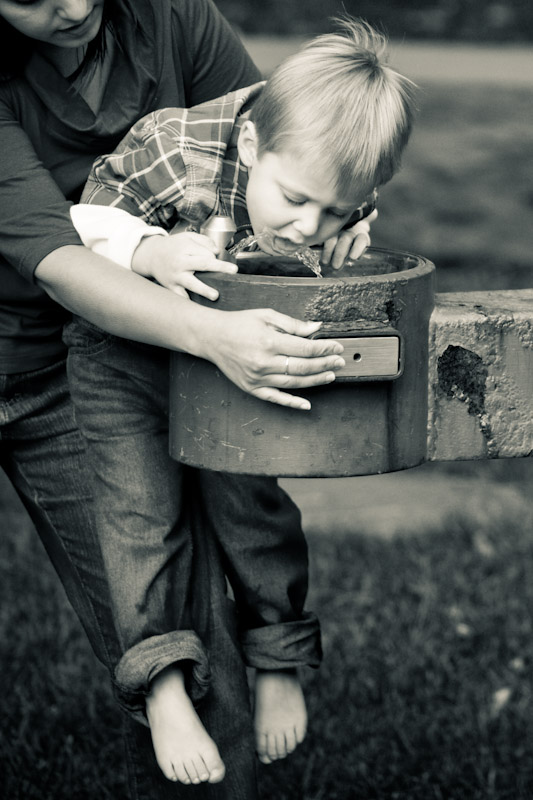 Both of these water fountain shots were too cute to not post! 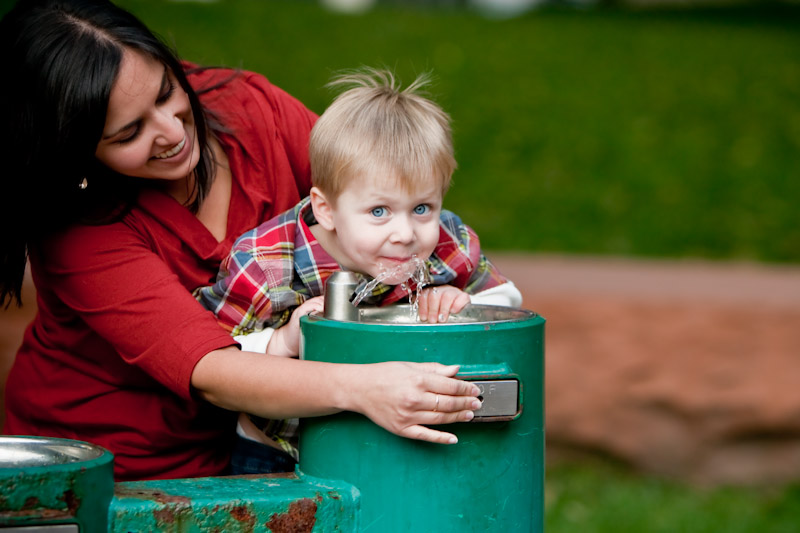 Not sharp at all, but you get the idea 😉 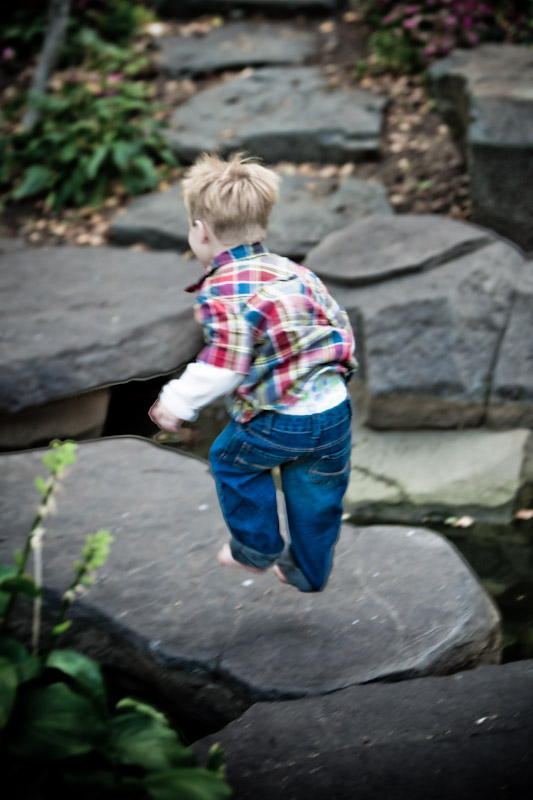 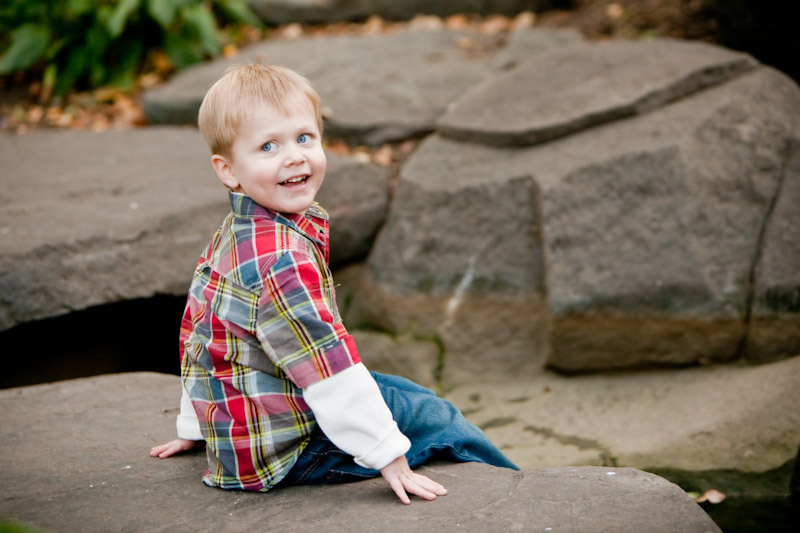 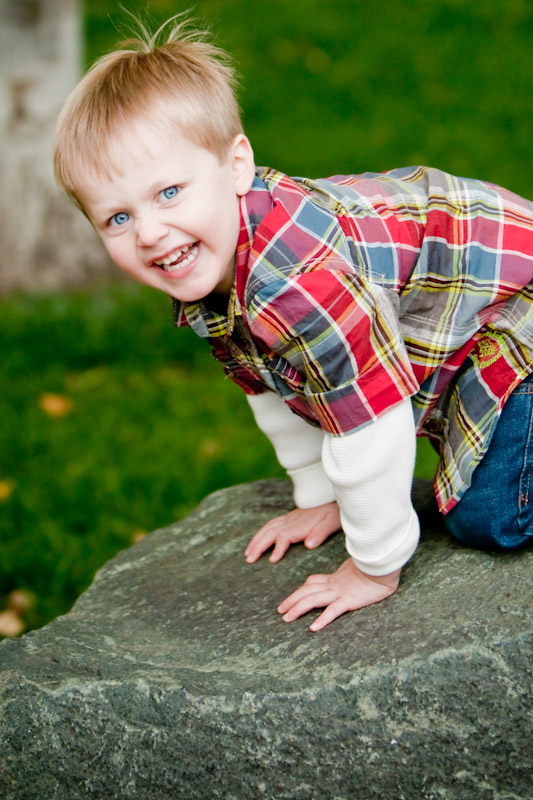 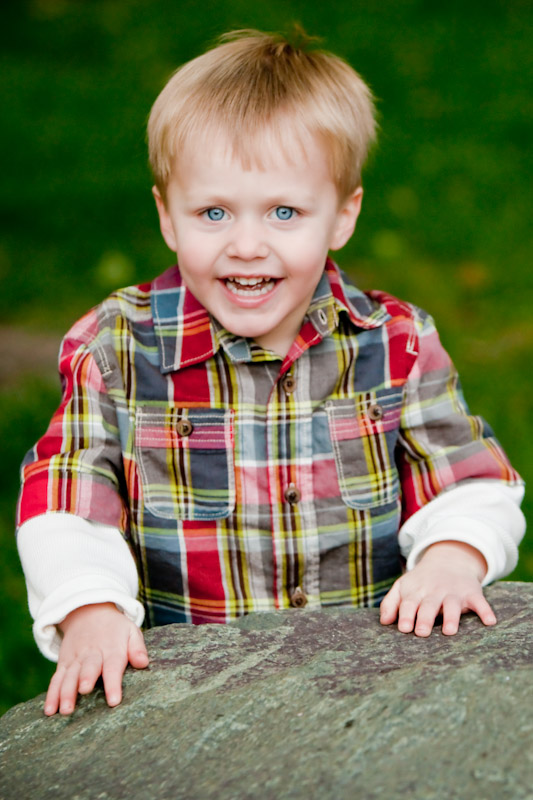 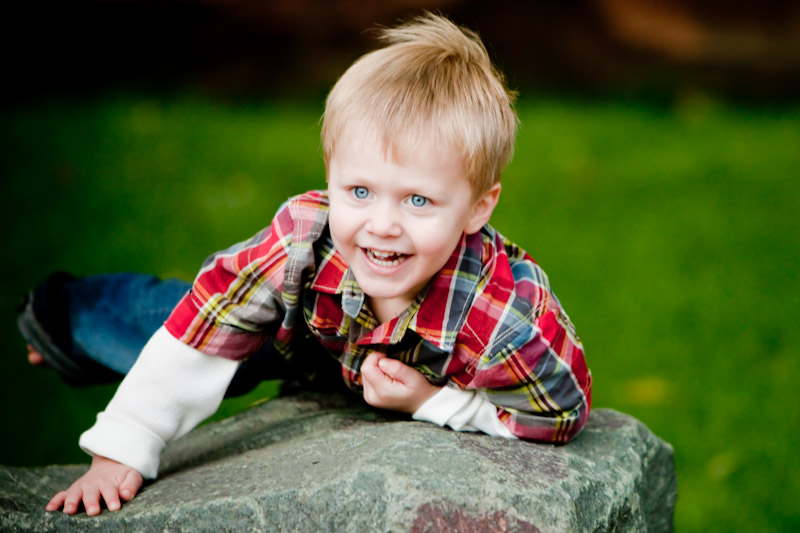 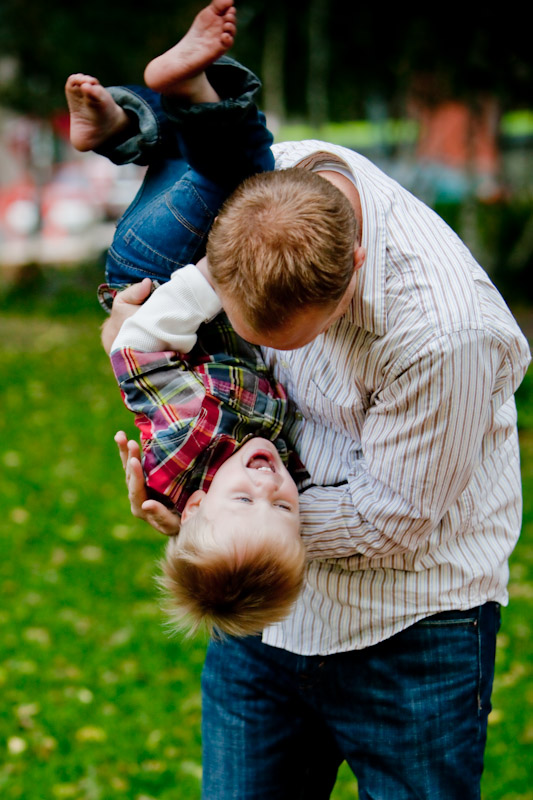 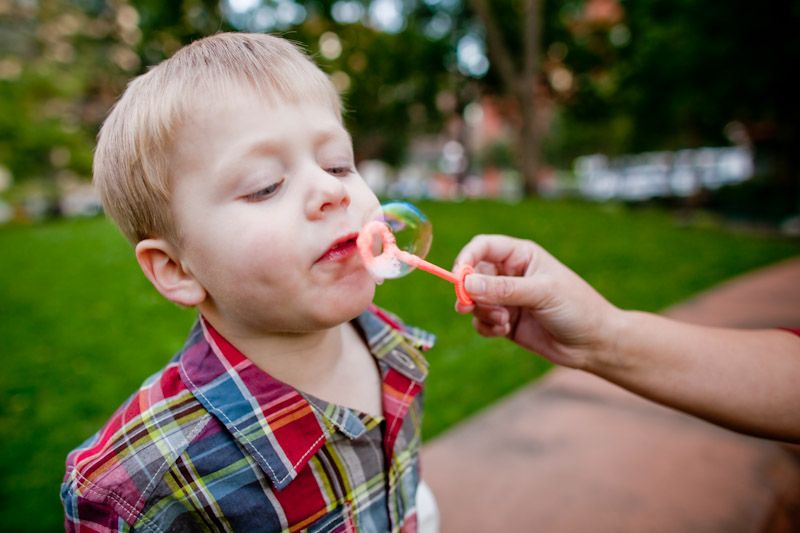 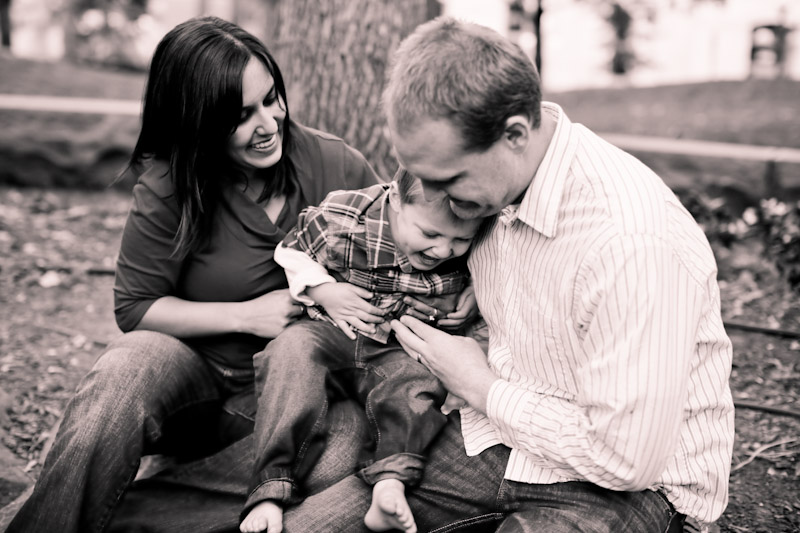 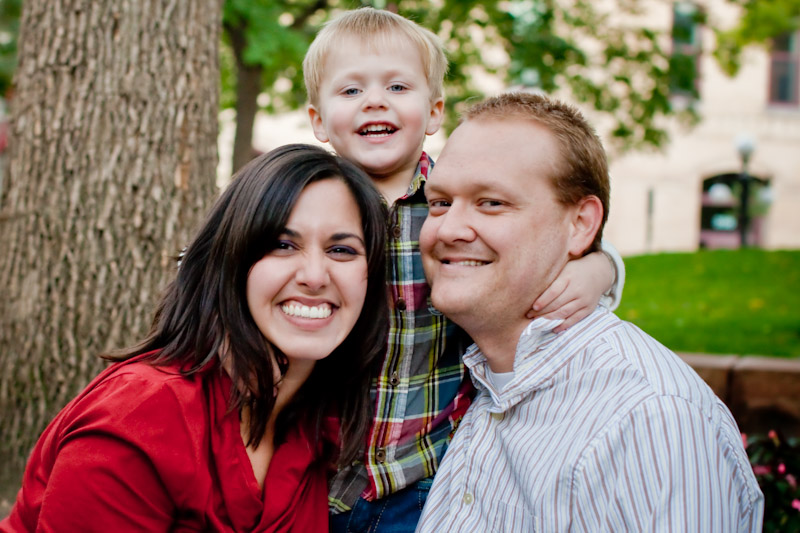 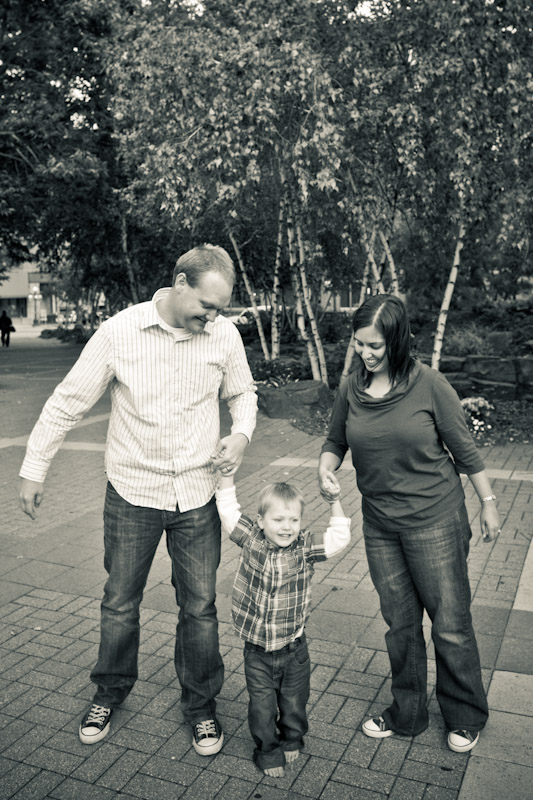 This is what happens most of the time when they swing Sam between them. Crazy stuff!! 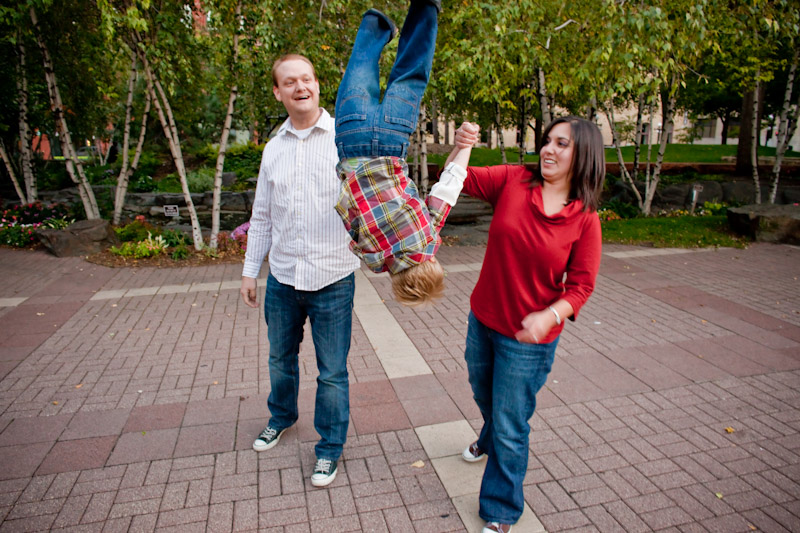 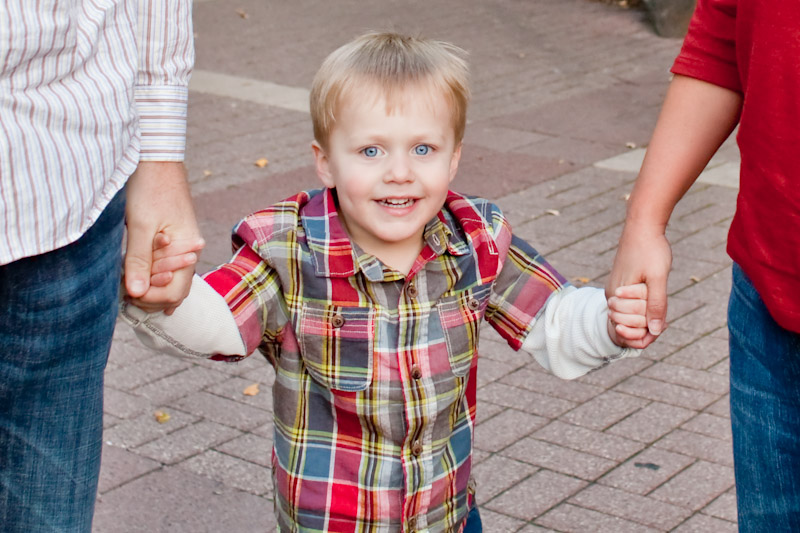 Aleisha wanted a picture of Sam pulling up his pants. This was him running away while pulling his pants up. Adorable! 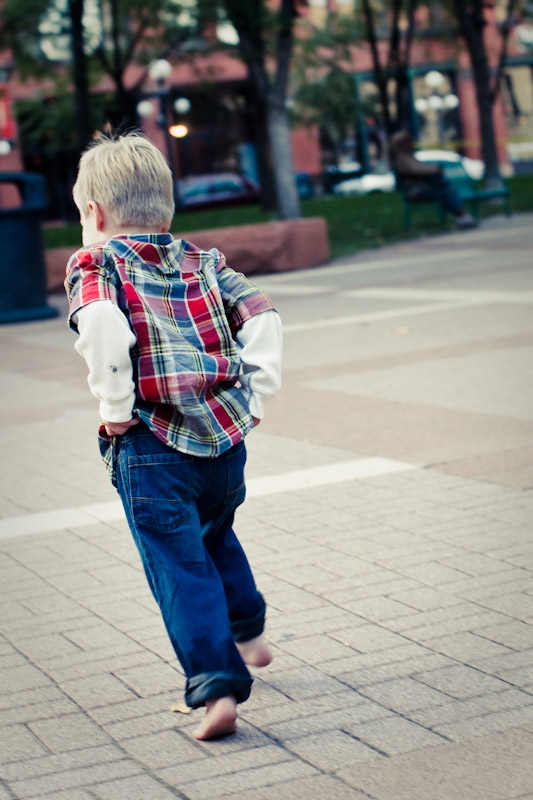 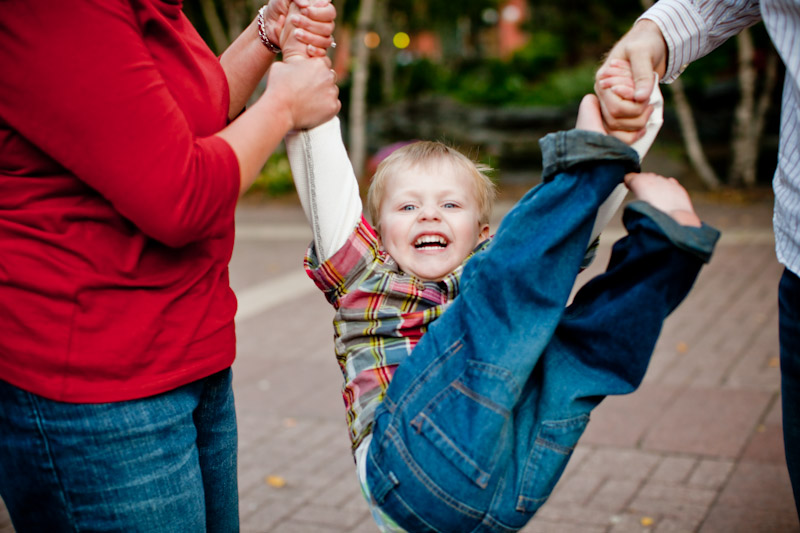