I met up with Eliza & Brent on Friday evening at St. Anthony & Main to take some engagement pictures for their summer wedding next year. What a fun couple! They were up for anything and enjoyed every moment of it. The lighting and weather was also in their favor, given the temperatures in the mid-70’s and the sun setting. We enjoyed some time down by the river (eerily close to where the bridge collapsed) and walking down the cobblestone on Main Street. They were kind enough to share the story of how Brent proposed to Eliza. It was a long and romantic story, but it started with a card & a rose, had a manicure, black dress, jewelry, limo, & fancy dinner in between, and ended with a proposal on the new Guthrie’s balcony overlooking the river. They wanted to get a glimpse of that balcony in some of those pictures, since we could coincidentally see it from the Stone Arch Bridge. I can’t wait to be a part of their special day next June! 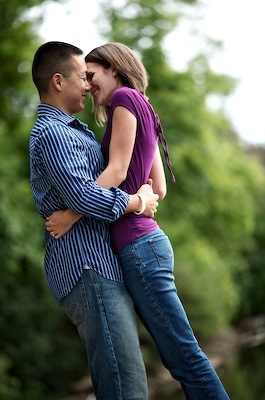 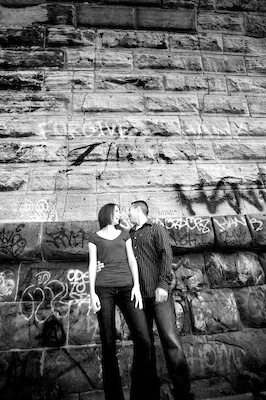 This was certainly one of the more fun shots of the night. 🙂 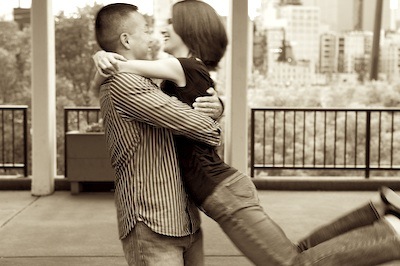 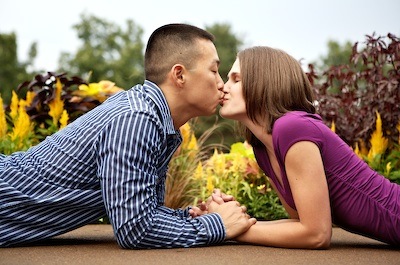 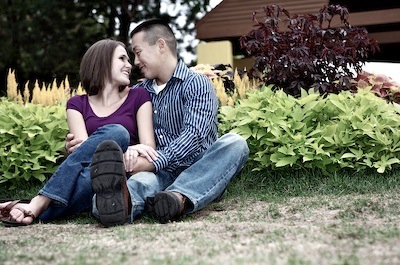 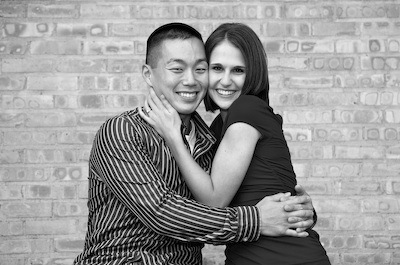 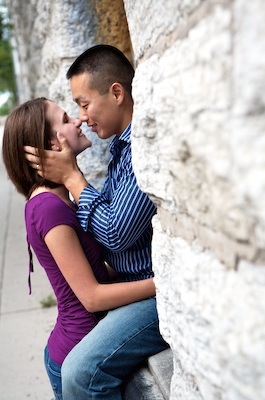 So, this was a new thing I noticed during our session.  Brent was wearing a ring on his ring finger!  It was a promise ring that he gave to Eliza prior to being engaged.  Now, he wears it as an engagement ring! 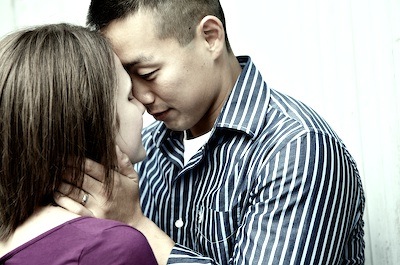 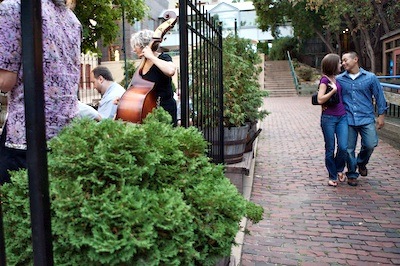 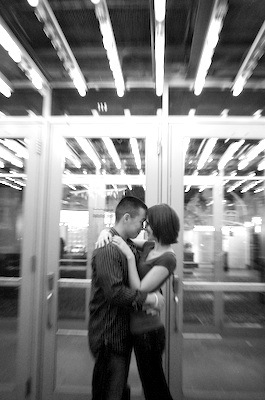 If you look just to the right of Eliza & Brent, you can see the blue Guthrie building, right next to the Mill City Museum. 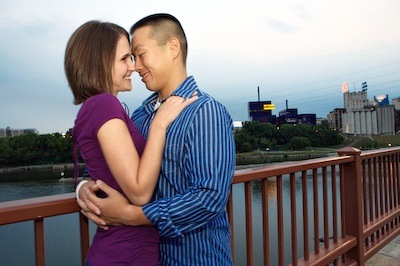 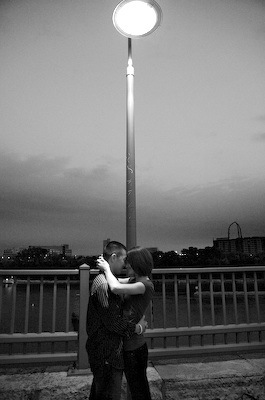