Here’s the story… about a month ago, my brother, Jeff, planned out his engagement to his girlfriend, Kristen, of at that point in time, only 2 months (!).  This past Sunday, he proposed to her and she said yes!  When he was planning this all out, which I was a part of, he wanted to pre-schedule a time for their engagement pictures, since he knew I was so busy.  Well, this was the night. 🙂  It is a little weird having your little brother kiss his fiance!  My husband and I were dating for only 3 months when we got engaged, so he decided to follow suit.

Honestly, though, these two are made for each other.  They originally met back when they were in college and working at Sam’s Club.  She was a cashier and my brother was a manager.  They only worked together for a short time, because my brother moved onto an internship with Target, but with the beauty of Facebook, kept in touch with each other.  Back in July, they decided to hang out in St. Paul, because Kristen had never really “seen” St. Paul.  Well, after a week, they were dating and pretty serious.  I know my brother pretty well, and after hearing him talk about her, I had a great feeling about her.  I am confident these two are going to be wonderful together.  Ok, enough about my brother and on to their pictures!! 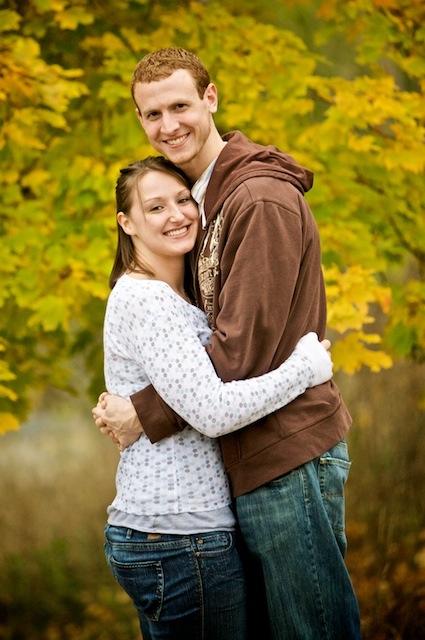 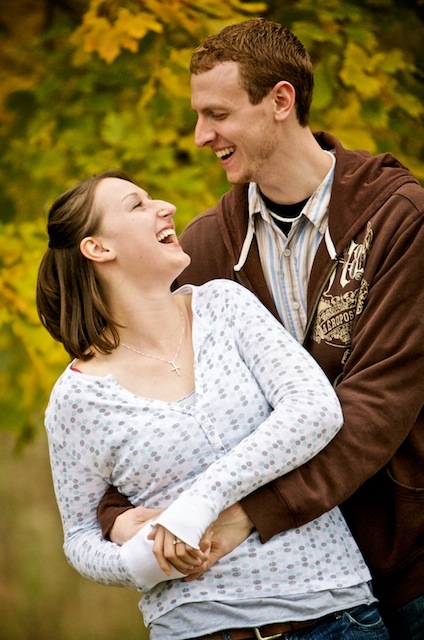 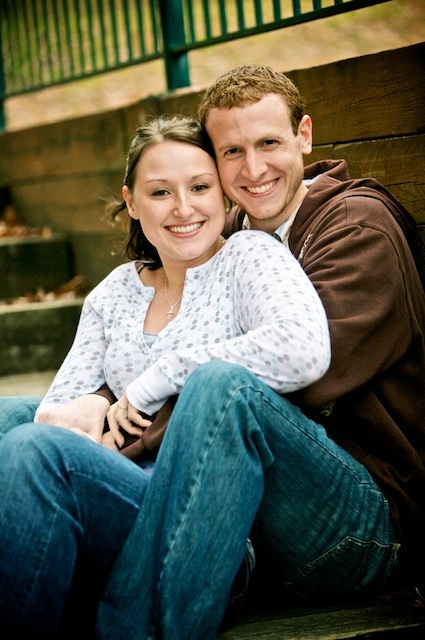 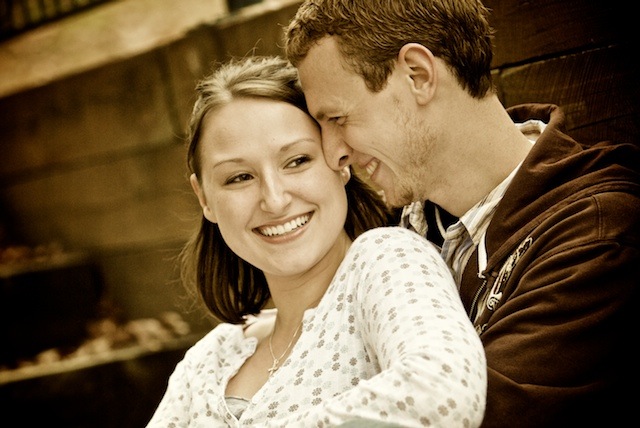 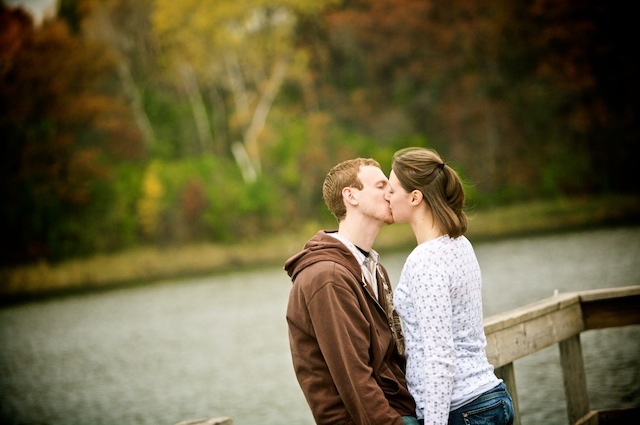 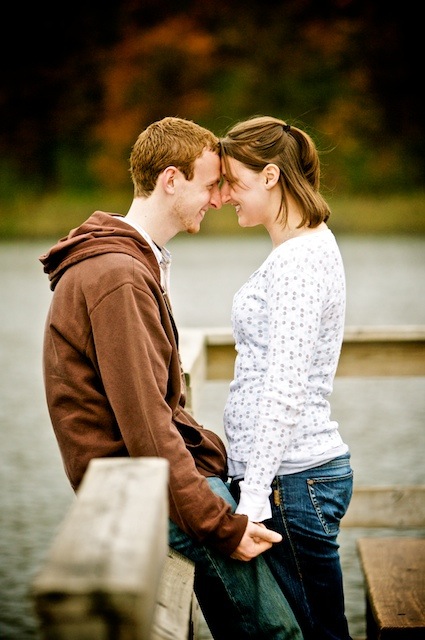 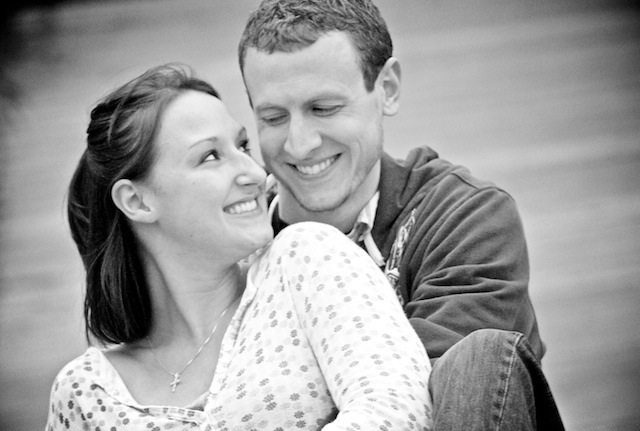 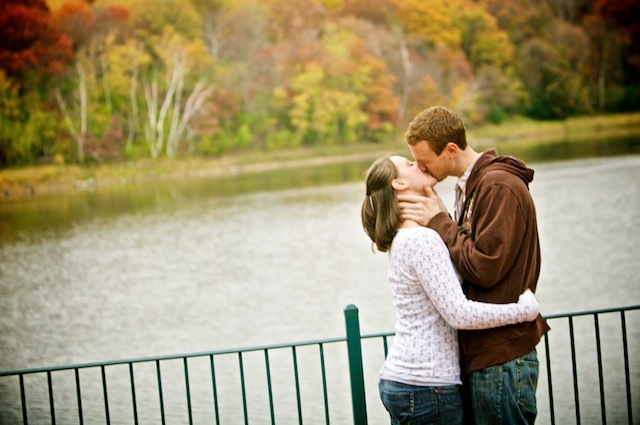 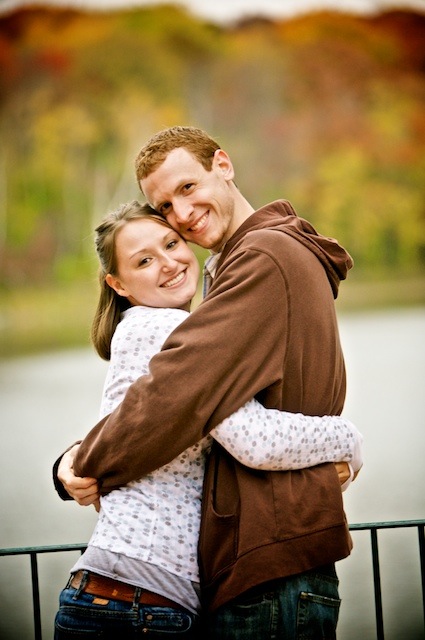 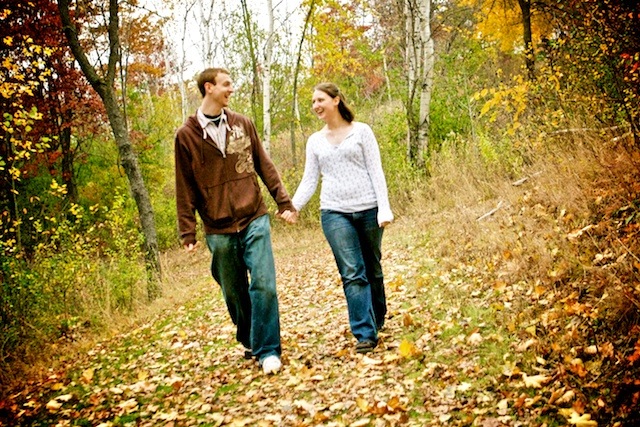 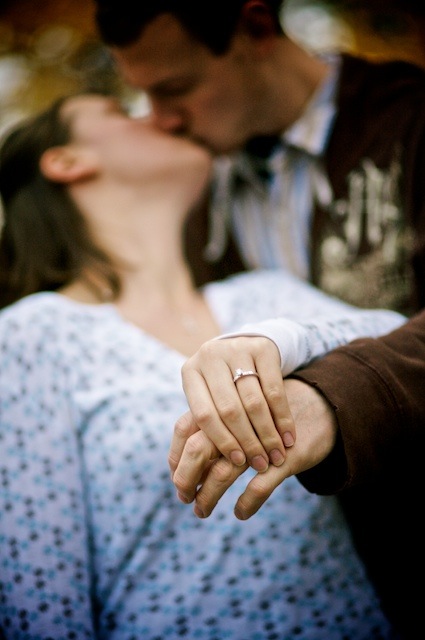 The leaf throwing was a bust, because of the wind.  Still got a cute picture out of it! 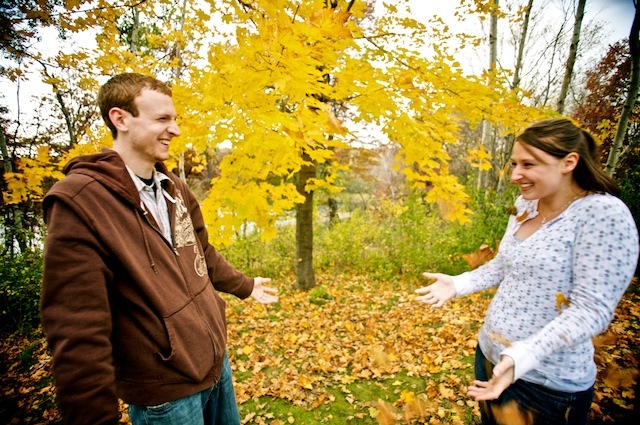 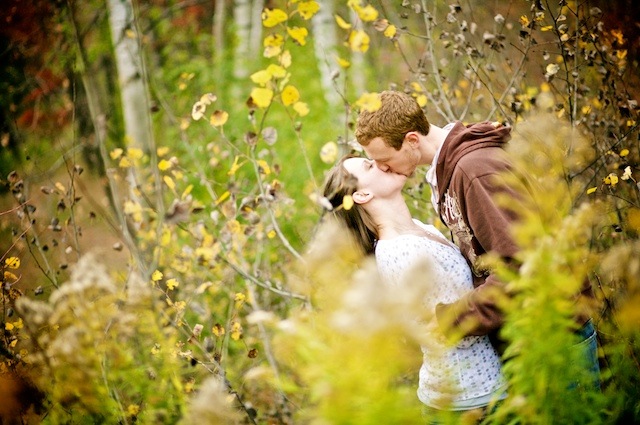 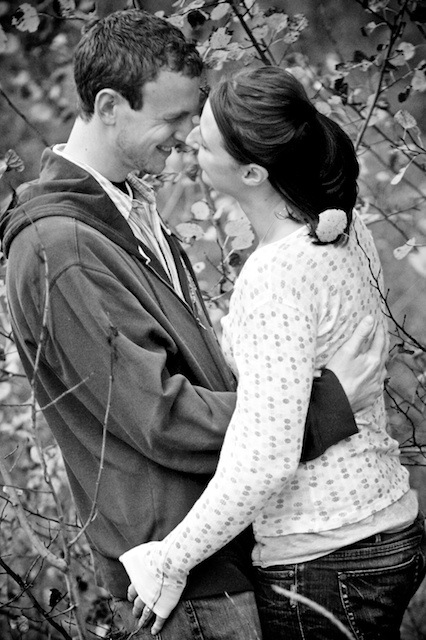 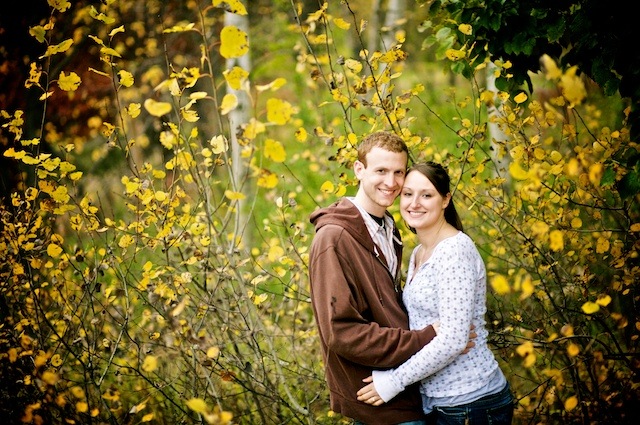 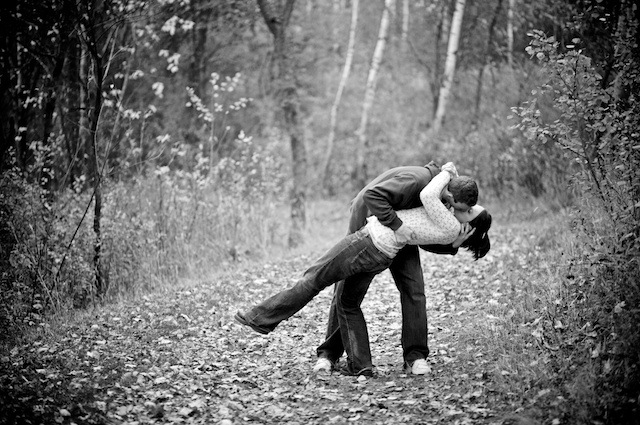