I met up with Drew & Ryan on Saturday morning, right after the heavy rains the night before. So, the ground was soaked! Thank goodness Renee & David brought along some towels and blankets. I’m also thankful that some clouds remained the next morning, which made for some fantastic lighting.

This was my 2nd time photographing these adorable boys. Last year, Drew was 3 and his brother, Ryan, was 10 months. Now, a year older, they are as cute as ever. Ryan was in one of his clingy moods, so it was tough getting him to sit by himself, let alone next to Drew. 😉 We did get him to loosen up a bit with some rock-throwing in the lake. Both boys definitely enjoyed that activity!! The family’s dog, Hannah, also made an appearance in some of the photos. 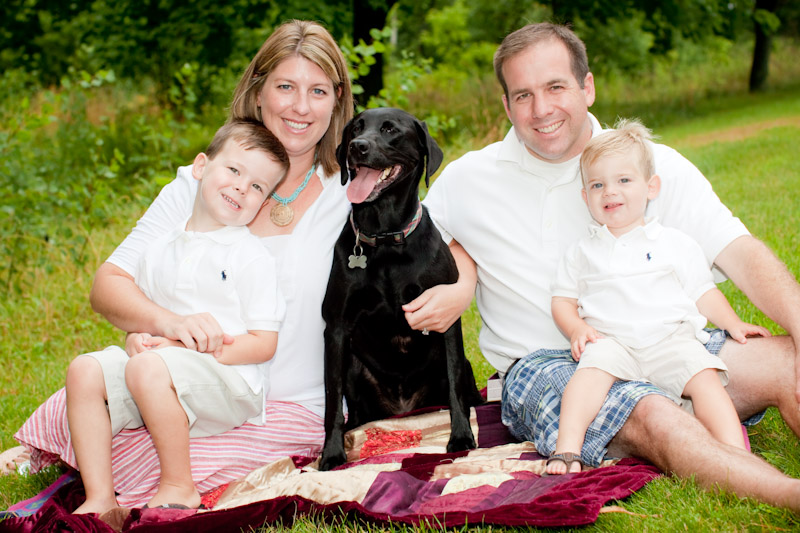 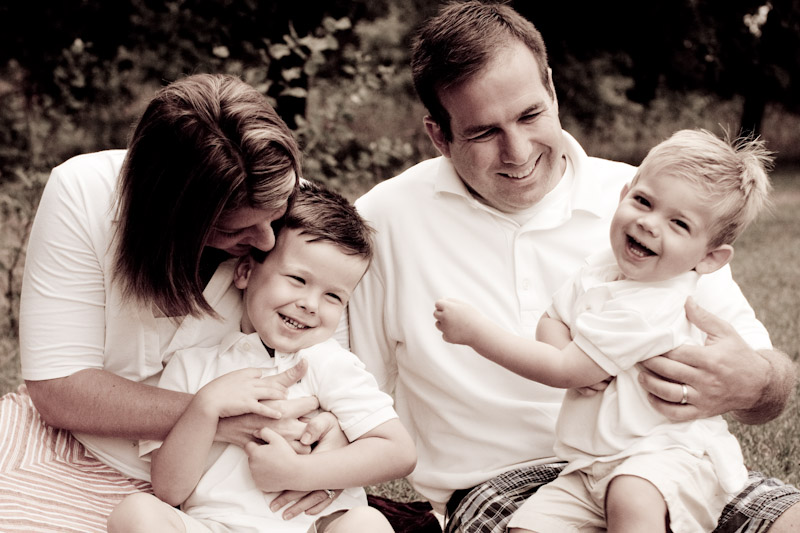 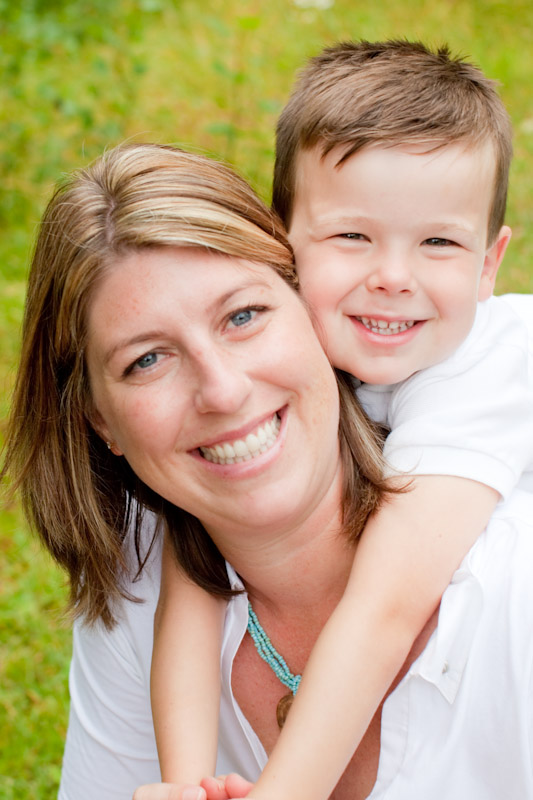 I love this picture. It not only represents what it’s like being a mom, but it also shows how it is to be a mom of two boys. 🙂 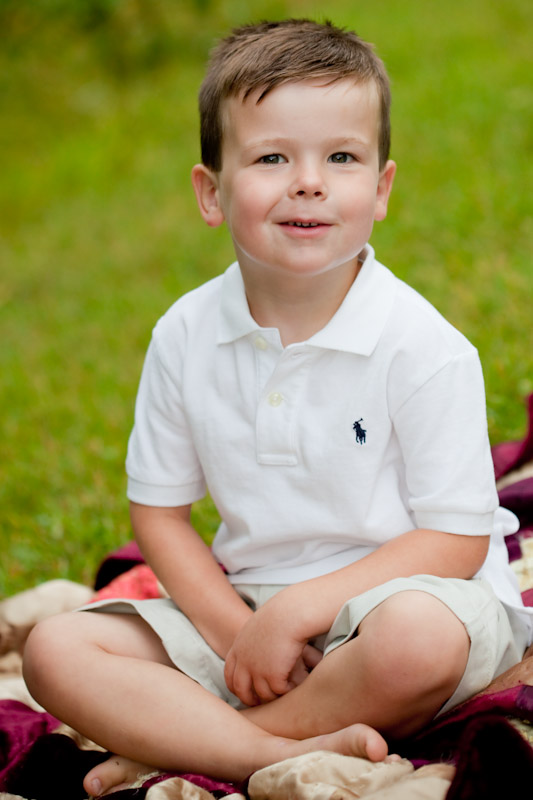 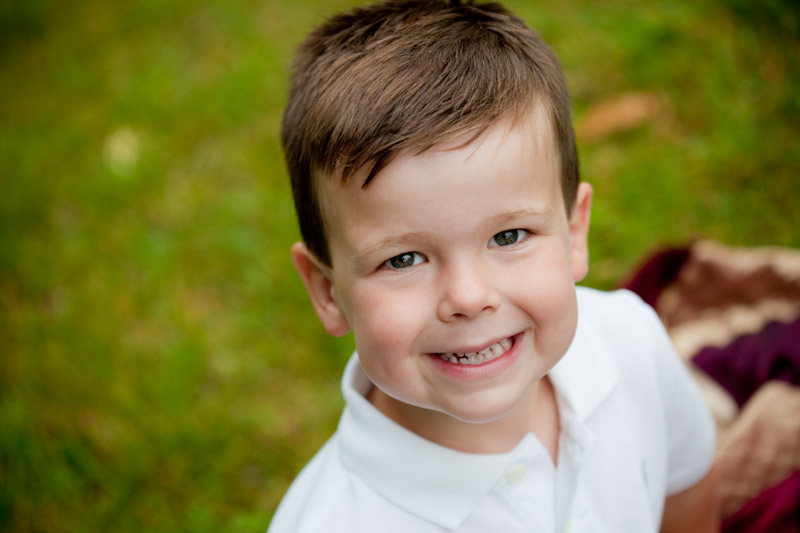 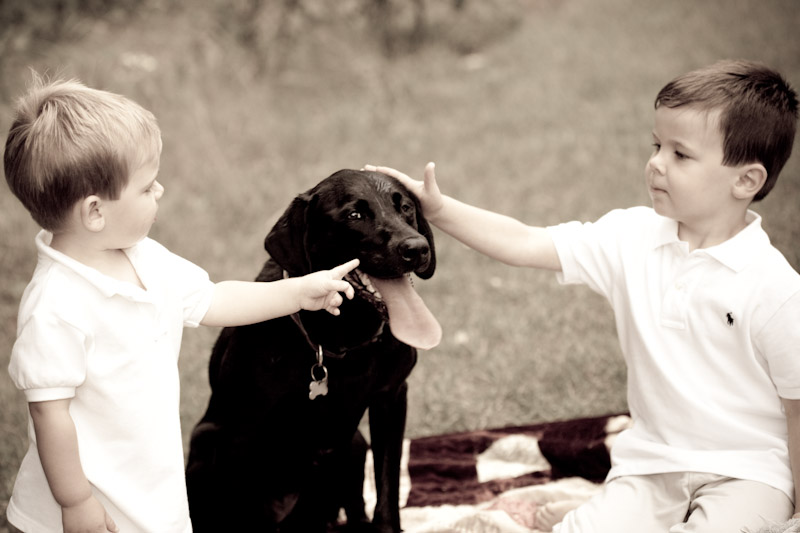 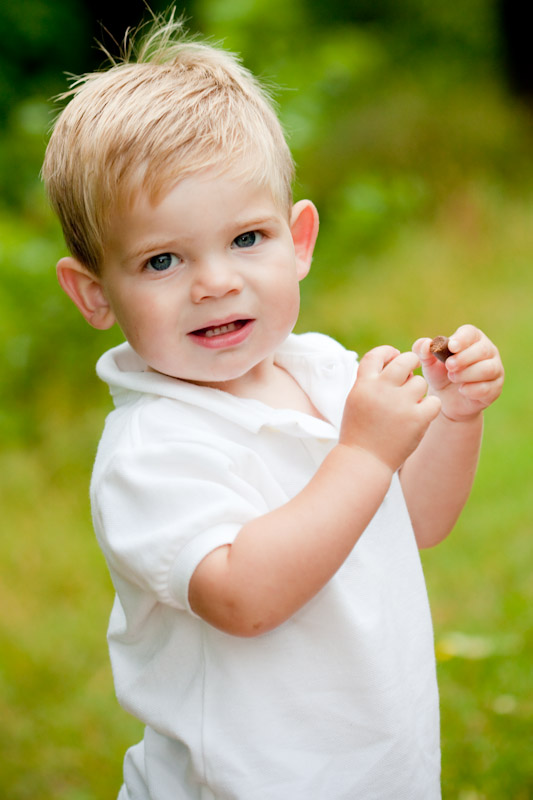 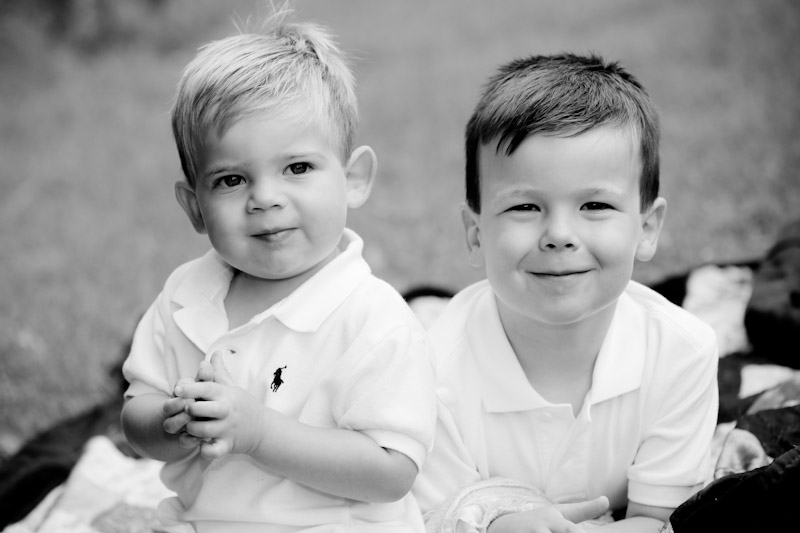 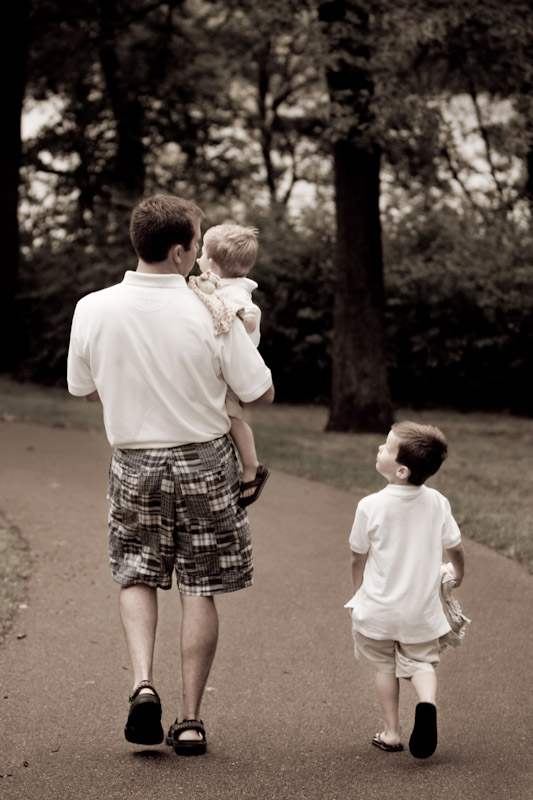 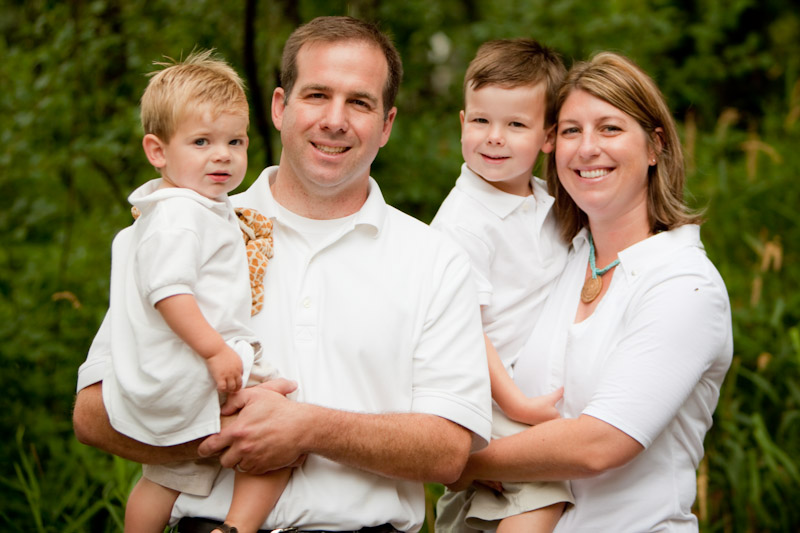 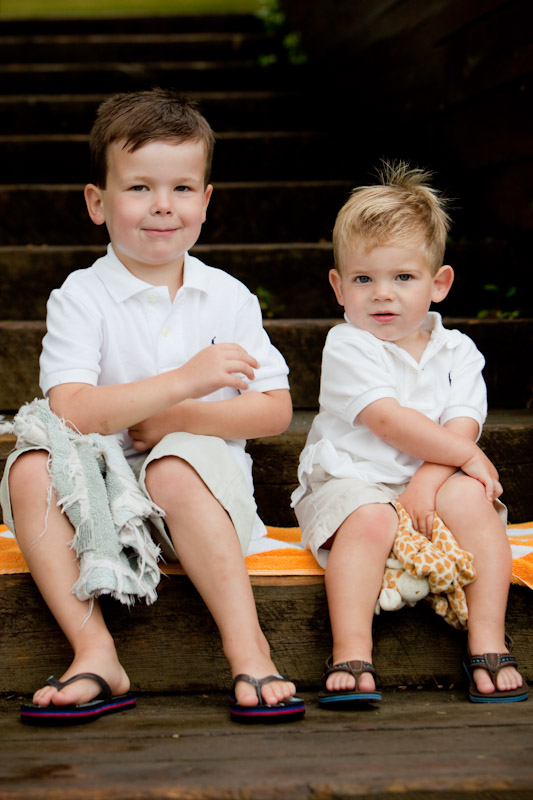 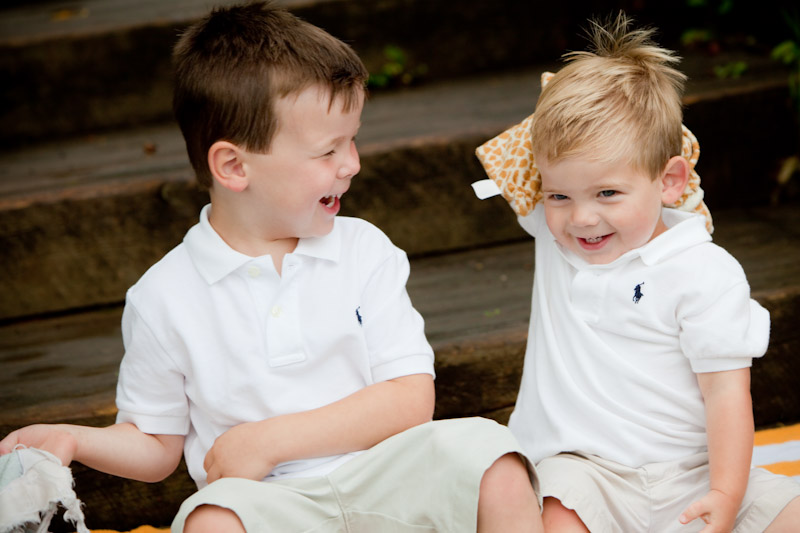 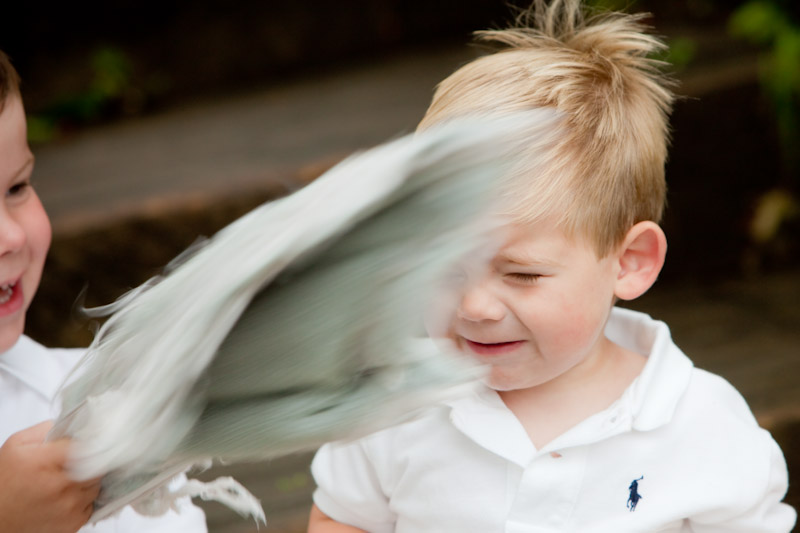 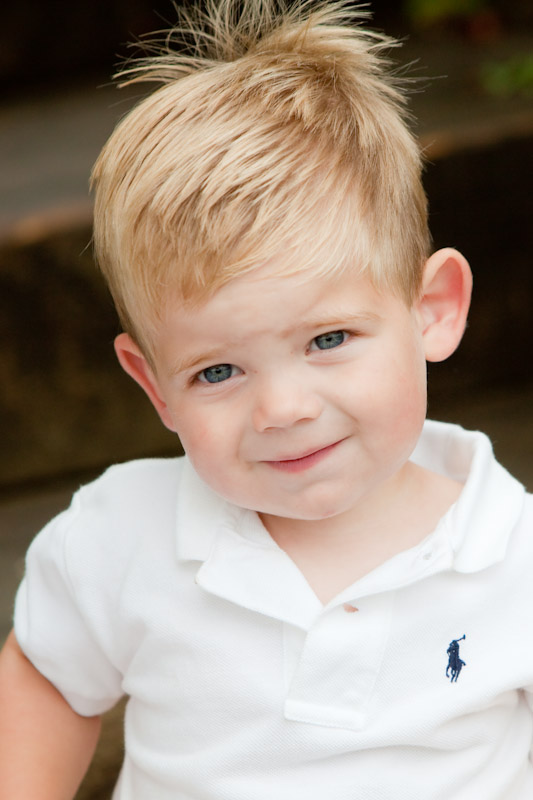 This is the best picture ever. I discovered a toad on the ground, and Drew picked him up. I was in the process of photographing it on his hand, when it jumped off. If that wasn’t good enough, you can make out Ryan’s intrigued and curious face behind him! 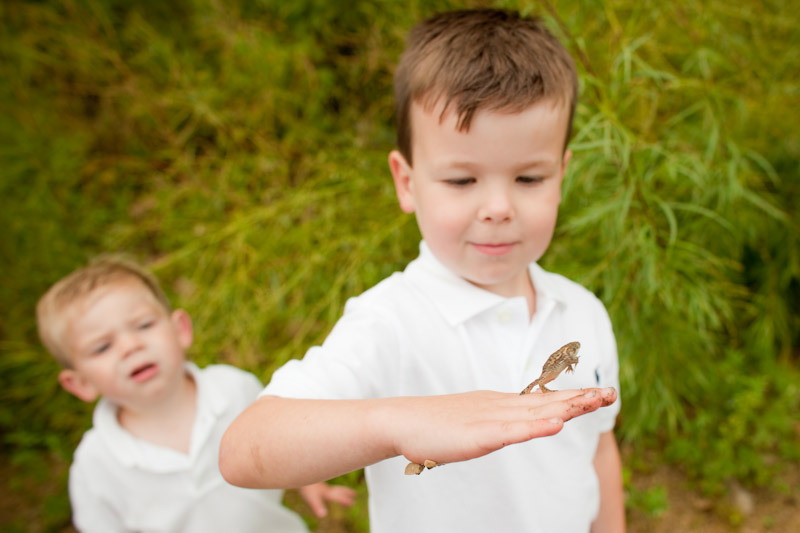 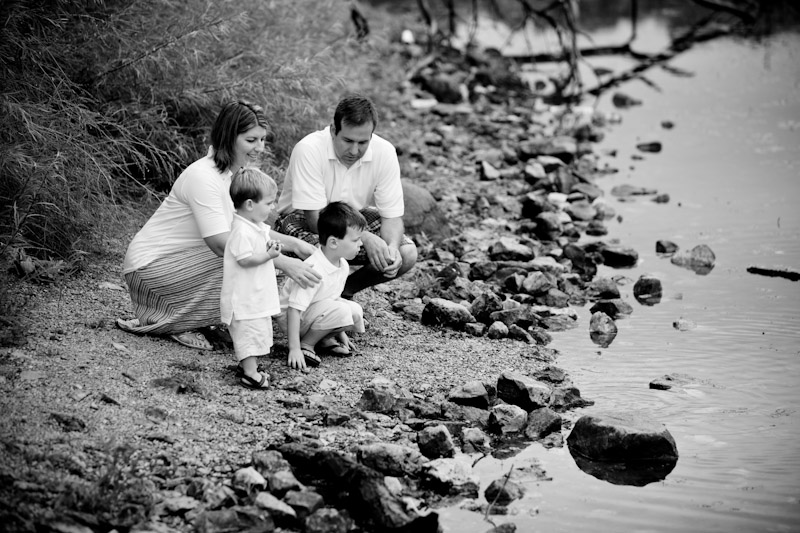